Cultur-e is turning 20 and is still full of the same passion in its heart: living, telling and experiencing change as key players. We have grown together with the Web, often meeting challenges that were bigger than us, but we overcame them, because we have always been able to put people and their culture at the very forefront of our thoughts and projects.

They have been great projects, like the one that lasted 10 years for Treccani, or the digital evolution of the Vatican Museums and Pompeii. The world of energy has been a great adventure for us, which began with the Enel Group, continued with Iren and is ongoing today with CVA. We met the challenge of Ferrovie dello Stato‘s intranets, integrating them into a single portal, and then won international awards for the one created for Salini Impregilo. With the world of institutions we have worked above all on cultural change, to help the public administration open up to the opportunities of the Web, from Consip to INPS and INAIL, from the Farnesina to the United Nations.

Each project has meant to us encounters, synergy and exchange, because Cultur-e is an idea of ​​a company-community that we have never stopped pursuing. From 2001 to today, everything has changed but “tutto è ancora intero, tutto è chi lo sa”. A song that always sounds new. 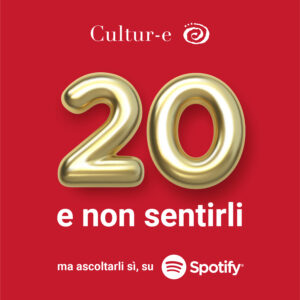